Employers recognize the importance of keeping their employees happy and energized without having them leave the facility to go wait in line for a cup of gourmet coffee or hot beverage. Happy employees are productive employees. Companies are starting to see that creating positive, relaxing environments for employees will lead to greater productivity and longer tenure.

The choices of how to prepare your morning cup of joe have exploded in the last 5 years. From instant coffee with actually flavor and depth, to completely self contained caffeine infusion systems with 100’s of flavor combinations, there is a brewing system for everyone and every company. The number of different brewing systems available can be overwhelming, but here are a few must knows:

What Snacks Go Best With Coffee?

So what are the best snacks to pair with coffee? Let’s be honest – high-quality coffee is pretty perfect all on its own. But the right snack only makes it better.

When you’re getting your next cup, pair it with one of the suggestions below to take your coffee drinking to the next level.

Have we lost our java way?

With coffee prices on the rise, it’s no wonder that Americans are turning to cheaper brands to satisfy their morning buzz. Luxury taste and gourmet flavor has slipped the the wayside as our survival instincts kick in, and our wallets want nothing more than to grab whatever does the least amount of damage. Value coffee is and has been on the rise for quite some time. With the drought in Brazil hindering crops, chains like McDonalds and Dunkin Donuts, and many convenience stores as well, have been gaining in popularity. Does that mean your team also has to settle for fast food coffee?

Pods vs. K-Cups: The Difference In Your Office Coffee Service

Before you decide which type of office coffee service you want to provide your hard working employees, you should consider the options available to you and which is the better fit.

The majoirty of people at home and in the office use k-cups for convience and It’s a plastic container with a small paper filter inside. Ground coffee is packed in the K-Cup and sealed air-tight with a combination plastic and foil lid. When the K-Cup is placed in a Keurig brewer, the brewer punctures both the foil lid and the bottom of the K-Cup and forces hot water under pressure through the K-Cup and into a mug.

The K-Cup is placed in a receptacle on the brewer. K-Cups have an outer ring or rim that stays dry during use, allowing for removal and disposal after use without getting the user’s hands wet or sticky. Most manually discarded pod machines require you to lift out the wet pod before your next brewing cycle. The pod is not really that wet nor is it too hot to handle. There may be an occasional drip of water from either one of the systems coffee device so be careful when discarding!

The True Science Behind The Perfect Cup Of Coffee

7 Reasons Why You Should Switch To Single-Serve Coffee

Whether you have an office of three people or 30, a single-serve coffee brewer can transform your office coffee experience. Keep everyone happy with a wide variety of coffee, tea and hot chocolate options. Investing in a single-serve brewer improves employee satisfaction and boosts collaboration.

Learn more about the other benefits single-serve coffee brewers provide:

DIY: A New Coffee Bar For Your Office 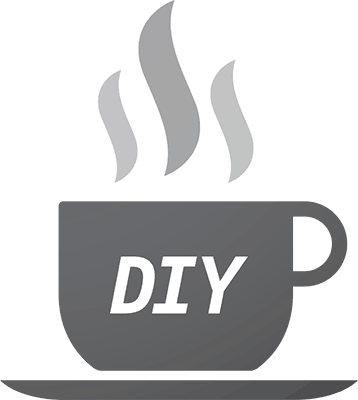 With the average American spending more than 47 hours a week at work, creating a personalized coffee bar is a great investment. Not only is free coffee for the office a nice perk for employee retention, it also boosts employee productivity.

Creating an office coffee bar doesn’t have to be time-consuming or expensive. Here’s what you need to get started:

Caffeine Crazy: How Coffee Does (And Doesn’t) Increase Positivity

The link between coffee and high energy is obvious; as caffeine seeps into the wirings of our mind and body, increasing heart rate and stimulating the nervous system, those quintessential, caffeinated bursts of energy are undeniable – and rather exciting! You go from trudging and whining to dancing and laughing. From hazy to laser-focused. From a zombie to a mad scientist. And while there is a much more complicated process going on in your brain, the simple explanation seems to be: coffee makes us happy.

The Facts Behind The Rising Wholesale Costs of Coffee 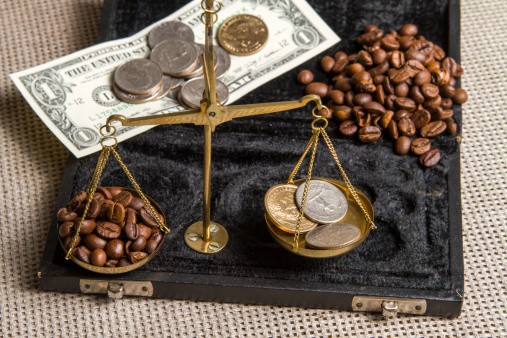